A frustrating weed known to gardeners the world over, dandelions are actually little plants that produce beautiful yellow flowers. Dandelions arrived in the New World thanks to the Pilgrims, and they were initially used for medicinal and culinary purposes.

Although they’re rather beautiful, they are a pest for gardeners trying to maintain healthy lawns. They thrive in the sun and abound across the seasons.

In this post, we explore what Dandelions are and how to remove them from your garden to support your lawn’s healthy growth.

Dandelion (Taraxacum Officinale) takes its common name from the French phrase “dent de lion,” which is literally translated into English to mean “lions teeth.” The name was given to the plant as a way to identify it from other common weeds.

If you look at a dandelion, the ‘lions teeth’ identification point toward the center of the basal rosette, which is noticeably different from other common garden plants, weeds, and even vegetables, which tend to point forward and away from the center of the plant.

Dandelions are common meadow herbs and members of the sunflower family. There are approximately 100 different dandelion species, and all of them are beneficial in one way or another.

The dandelion is native to Europe, specifically Greece, as it thrives in hot temperatures where the sun is out for most of the day. They are able to grow almost anywhere there is a spare patch of earth, as the seeds spread quickly with the wind.

You can easily distinguish a dandelion by its leafless flower stems that contain a white liquid. The flower is flanked by dark green leaves with jagged margins, arranged in a rosette pattern. They can grow up to 46cm in height.

When the dandelion blossoms, it produces a beautiful golden yellow flower, and they start to bloom in the early spring and continue all the way through to fall. The signature puffball of the dandelion is the means by which seeds can travel hundreds of miles.

Although nice to look at and one of the more attractive weeds, dandelions also have many uses and are not just there to ruin the aesthetic of your garden! The plant leaves are rich in nutrients, and the roots are commonly roasted and used in popular drinks, like dandelion and burdock soda.

Dandelions are edible, and since the time of the Pilgrims, people have been making use of the plant’s versatility in the kitchen. You can make use of the roots, leaves, flowers, and even stems of the dandelion plant, although its use in modern-day commercial culinary activities is not so pronounced.

Whatever you think about dandelions, and whether or not you want them in your garden, they are versatile, robust, and can be used for many different purposes. Let’s move onto look at where dandelions can be found and in what conditions they thrive.

In what conditions does the dandelion thrive?

Dandelions can be found in gardens and shrubland, pretty much the world over, but as we’ve already noted, they are native to Europe. They are incredibly resilient plants and can survive both the hottest summers and the coldest winters.

Although they pop up almost everywhere, dandelions thrive in well-drained, fertile soil. Although they are sun-worshippers and enjoy the rays, they also do well in areas of partial shade.

The dandelion’s versatility causes problems for gardeners, who attempt to remove them from their lawns and borders. Many weeds that encroach upon your soil exploit weaknesses in your garden, such as bare patches and dry spots.

However, dandelions are comfortable in many different environments and survive many of the most challenging conditions that nature can conjure. This means that, even if your garden is well-manicured and healthy, you might not be able to prevent dandelions from settling.

They can be found on lawns, in shrubs, and forbs.

Before focusing on how to kill them and remove them from your garden, it’s vital to acknowledge that dandelions actually have significant health benefits and have been utilized in this way by different peoples for generations.

Further afield, dandelions have been used in traditional medicines in both China and Russia, where the plant has been proven to treat liver disease and other digestive problems successfully.

In modern-day medicine, dandelion is often used to aid digestion as it has a bitter taste. The dandelion root can improve the flow of bile, which helps alleviate liver congestion and helps people suffering from gallstones.

When we consider the plant’s ample medicinal benefits, it’s clear to see why many favor it and utilize it in different ways. However, if you’re sick of the seeds spreading across your lawn and ruining the aesthetics of your garden, we’re now going to look at ways in which you can kill it and try and stop it from overrunning your garden.

How to get rid of Dandelions?

After spending time talking up all of the benefits and beauty of dandelions, it seems a shame to now move onto introducing ways in which you can kill it!

However, for gardeners who want to curate beautiful unblemished lawns, dandelions are a pest that need to be dealt with in much the same way as all other weeds that sabotage the beauty of your property and garden.

So without further ado, what are the best ways to kill dandelions and stop them from coming back? We explore this question below.

Before diving into looking at different herbicides that might work in your garden, let’s begin by looking at the natural method. Although time-consuming, the most effective way of killing and removing dandelions is to dig them out of the soil by hand.

If you’re going to try the natural method, then it’s a good idea to get the right tools to help you along the way. Sourcing a decent pair of dandelion pullers, such as the ones below, can really help to make the removal of dandelions from your garden significantly easier.

It’s also essential to remove dandelions at the right time of the year. You should begin removing dandelions as soon as they appear in your garden, so usually at the start of spring. This also stops the seeds from spreading in the wind, so it is also a good step toward preventing dandelions from returning later in the year.

When you begin pulling dandelions from the soil, you must remember to remove the whole root. Dandelion roots usually run really deep under the ground, so you need to make sure you get the entire root out. That’s why using dandelion pullers can help.

It’s also a good idea to water the ground surrounding the dandelion, as this will soften it up and allow you to prise the roots out of the earth. You’re unlikely to remove all of the dandelions in one go successfully, so you will have to return to this every few weeks, particularly at the start of spring when seeds are many.

If you’re not having much luck removing dandelions naturally, or if you have too many of them to consider this a viable option, then there are specific herbicides available on the market that will help you.

Using chemicals to remove dandelions from your garden

A crucial first step here is to identify a chemical herbicide that is selective so it doesn’t ruin your healthy grasses alongside the dandelions or other weeds. Unfortunately, the vast majority of herbicides you can buy at the store are non-selective, meaning they kill everything when the solution is applied.

That being said, there are some good options online. We would recommend the following product, as it is effective at removing dandelions and preserving the lawn surrounding the weed:

Make sure you follow the on-pack instruction to remove the weeds and not kill your grass. Weedol comes as a liquid concentrate, and you can usually start seeing results within 2-4 days.

As with all herbicides, you should apply when the grass is dry and avoid using when there is inclement weather. This ensures that the herbicide has enough time to work and is not washed off before being useful.

In our experience, we have found that utilizing the natural method alongside the herbicide is the most effective way of killing dandelions. Once you have manually pulled the root from the soil and created a hole, you should then apply the herbicide to the space.

Applying the herbicide directly on top of the dandelion is not always totally effective, as we have already shown that the roots of the dandelions are deep and are difficult to remove.

After you have started to remove dandelions and other weeds from your lawn, you will see a number of small holes across your lawn. This presents a perfect opportunity for you to fill them with nutrient-rich fertilizer and also a pre-emergent solution, which will stop weeds such as dandelions from returning in the future.

We explore what we mean by pre-emergent solutions in the following section.

Use a pre-emergent solution to stop dandelions from returning

Pre-emergent weed killers are best put to use on established lawns as part of an ongoing effort to control the pests and weeds that ruin your beautifully manicured lawn.

As the name suggests, pre-emergent solutions are applied to the soil in your lawn before weeds take over at the start of spring. They solve the problem at the source by preventing the new formation of root cells in nascent weed plants.

They effectively suppress the seeds in the soil, and as they cannot feed, they simply don’t grow and die before they emerge through the surface of the soil. The application of pre-emergent solutions can save you a lot of time in the long run, as you don’t have to comb your lawn for weeds and spend time digging them out.

Another vitally important thing about pre-emergent solutions to consider is that some are better suited to specific temperatures and should be applied at the appropriate time of the year.

If you apply the wrong type of solution to your soil, it will be rendered ineffective and won’t kill the weeds before they emerge above the earth. Although you should check which type of solution will work in your garden before buying one, we recommend the following as an excellent place to begin, as it has a proven track record of successfully removing dandelions.

As always, be attentive when using herbicides and apply them at the right time of the year for the best possible outcome.

Conclusion: what is the best way to kill dandelions?

The best way to kill dandelions is actually to utilize all three approaches as outlined in this post. Firstly, you should equip yourself with a suitable tool that will help you remove the weeds manually, ensuring you are able to take out the whole root, which is often deep underneath the surface of the soil.

Secondly, when you have removed the weed, you should add some chemical herbicide to the space, which will kill off any parts of the weed that were left behind after the manual removal.

The final step is to wait until the time and weather is right and then apply some pre-emergent herbicide to your soil. This will help stop dandelions and other weeds from returning at the start of the next season and contribute to your lawn’s overall health.

Overall, suppose you wish to kill dandelions and prevent them from coming back to ruin the aesthetics of your lawn. In that case, you should implement a multi-layered strategy when looking after your garden throughout the year.

The form collects name and email so that we can add you to our newsletter list for project updates. Checkout our privacy policy for the full story on how we protect and manage your submitted data!

Be the first to get the coolest money tips in town 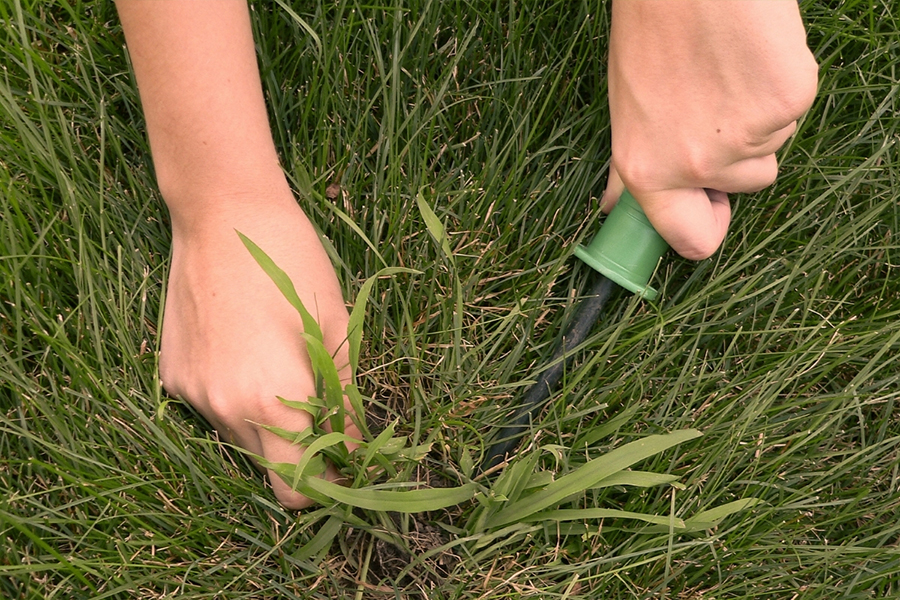 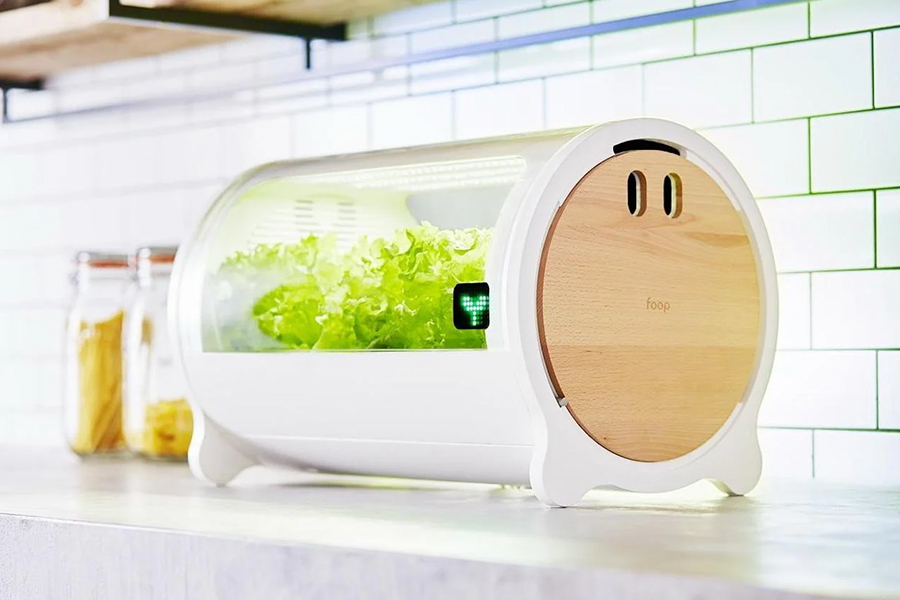 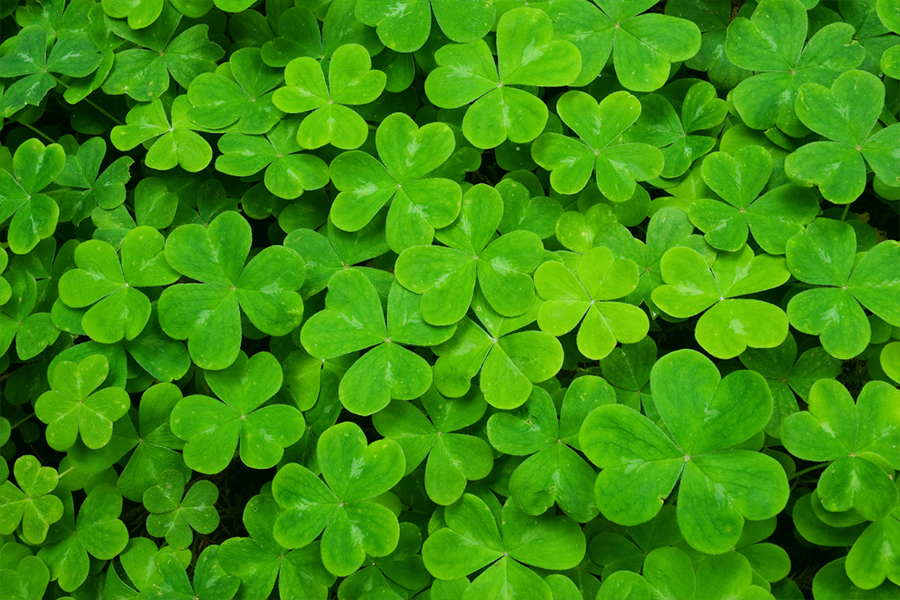